The Cleveland Southeast Runners Club was formed in 1975 to promote the joy and benefits of running at every level. We run together on weekends, race together at all distances from the 5K to 100 miles, and occasionally party together. We share rewarding running experiences and help each other to achieve new athletic goals.

We welcome and encourage runners of all ages and current abilities. Experience shows that running with SERC will make you stronger and faster! Almost all of our members are or have been marathoners, and many run ultras. A sizeable contingent of 10-20 SERC members runs the Boston Marathon every year. The SERC Masters’ team has placed as high as second there (in 2014). One member has won her age group in Boston several times, and others have placed in the top 10 of their Boston age groups. Our members also include two winners of the Burning River 100 mile race, a former US record holder in the 24-hour run, and national champions in the 50 mile and 100 mile road race. SERC runners are often atop their age groups in races across Ohio.

But it's not all about running fast or far. We have fun together. 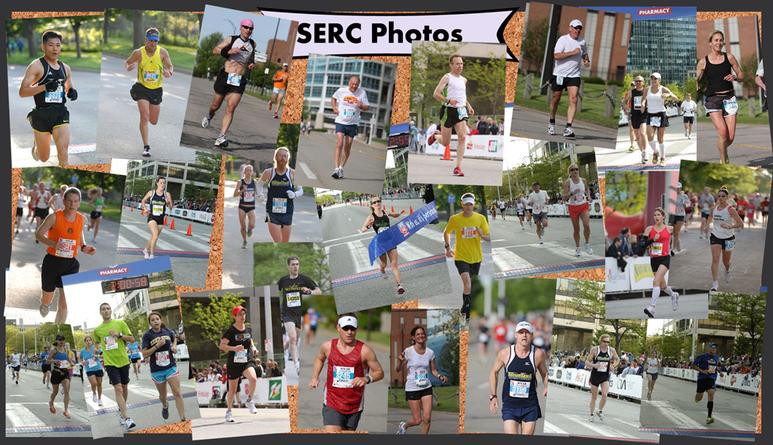